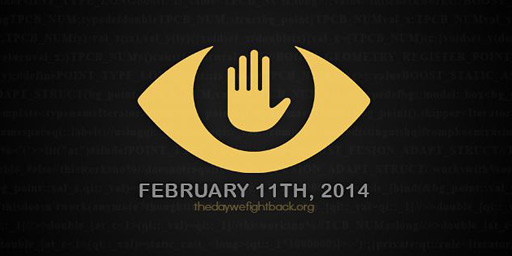 On 11 Feb 2014 I’m participating in „The Day We Fight Back“ – an online-campaign against mass surveillance by NSA.

This “worldwide day of activism in opposition to the NSA’s mass spying”, which is initiated by a broad coalition of activist groups, companies, and online platforms a.o. the Electronic Frontier Foundation (EFF) and Mozilla, targets on Internet citizens to pressure lawmakers to end mass surveillance.